In Memory of Johnny Rocca 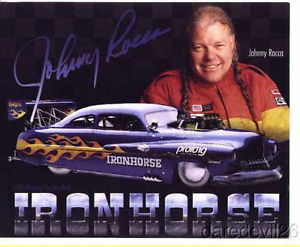 According to motorsport.com, Rocca was “one of the more legendary and colorful campaigners in the highly popular Pro Modified category.” As of 2015, he was the only Native American drag racer in the professional ranks on the NHRA national event circuit, according to an article on harvestgathering.org. In a quote to harvestgathering.org, Rocca said he wanted to show other Native Americans that they can be successful in the racing industry; saying “What we are trying to do is show them that in the racing industry, not just drag racing, there are places for them.” Rocca was a member of the Tuscarora tribe.

“A great drag racer who at one time held both world records for speed and elapsed time in his class, Pro Modified.”

In Memory of Larry Wilt 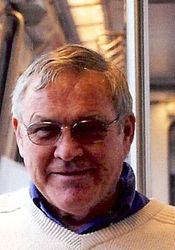 We will miss you, Larry

Sadness has struck our club, due to the death of Larry Wilt, one of our members. Larry was instrumental in obtaining one of the first major sponsorship for our Club, MATAN property management of Frederick, MD. This sponsorship is directly responsible for the success of the Club’s ability to support local charities of Jefferson County.

Larry was proud of his 1964 Pontiac GTO and displayed it at club events along with his son Patrick who also had a 1964 Pontiac GTO with tri-power — a loving competition between father and son.

Larry’s first love was his wife Patsy of 40 years and dedicated his time to her during her extended illness. Family came first with Larry, and he always spoke highly and supported Hospice of the Panhandle, Independent Fire Company and Country Roads Car Club for their charitable services they provided to the County.

God speed Larry Wilt, we will miss you.

In Memory of William “Bill” Mafera 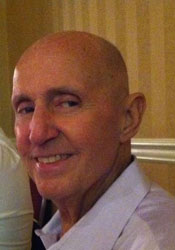 It’s with a sad heart we report the passing of Country Road Car Club Member William “Bill” Mafera. Bill’s service to the club was exemplary and he had the respect of all the other club members. Besides Bill’s love for his beloved wife, Jo Ann, his black and gold 1985 Oldsmobile 442 was his pride and joy. When possible he enjoyed being behind the wheel of his classic Olds 442. He went with the club members to Charleston Rod Run and Doo Wop Car Show. He enjoyed looking at the cars, especially any Olds 442. He was a walking encyclopedia when it came to Doo Wop Music of the 50′s and 60′s. Unfortunately, Bill was slowed in recent months by a rare form of leukemia, which he had been battling for the last 3 years.

Bill, you will be missed.

No Meeting for December

The Christmas Party will be held on Dec 4th

We are now meeting the 3rd Wed of the Month!

Next Meeting is on January 18th

Come join us for a slice and discuss upcoming events!

Also available via Zoom if you can't make it:

See You There If You Can Make It!

Updated! - Monthly Meetings are held on the 3rd Wednesday of every month

(Approximately depending on club business)